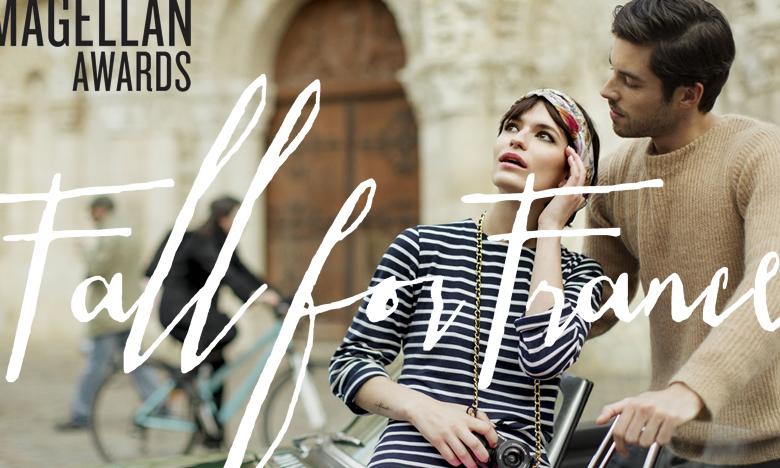 New York, NY - Atout France US, The France Tourism Development Agency is pleased to announce that Fall for France, an advertising campaign that highlights the romantic spirit of French cities has been awarded Travel Weekly’s prestigious Gold Magellan Award for Destination Marketing in 2016.

Under the creative direction of noted American photographer Braden Summers, whose work has been featured in the pages of Elle and Marie Claire; the campaign showcases a unique visual narrative by encapsulating picturesque moments in the top destination cities of Poitiers, Nice, Marseille, Dijon and Reims.

"In a world where visual language is integral to communication – Atout France commissioned Braden Summers to capture the idyllic and rich cultural history of these cities for visitors from all over the world to enjoy and to fall in love with France again. ‘Fall for France’ is a tourism campaign that celebrates the country as an inspiration for romance.” – said Anne-Laure Tuncer, Director of Atout France- US

Previously photographs from ‘Fall from France’ debuted exclusively at Times Square in New York during BEST OF FRANCE, the largest French event ever organized outside of France. Additionally images from the campaign were presented at the French Pavilion during Art Basel Miami Beach in 2015. Braden Summers has also been honored with the prestigious One Eyeland Photography Award for his work on this campaign.

Users of social media and fans of France could engage via Instagram, Facebook and Twitter through correlating hashtags for each Top French City featured: (#TravelPoitiers, #TravelNice, #TravelReims, #TravelMarseille, #TravelDijon in addition to #TopFrenchCities).